Activities:
– Re-elected Gary Knighton as the Chapter Secretary/Treasurer
– Held several luncheons throughout the year
– Held one formal meetings during the year (the summer meeting was planned but got cancelled)
– Sponsored a hole for the WP Chief Group’s Golf Tournaments
– supported the Little Angels Fundraiser event
– Acknowledged the 4 AFMC’s Outstanding Munitions Performers for 2013

Our ending account balance for 2014 is “available upon request”.

Have a great New Year.

Our ending account balance for 2013 is (available upon request)

Have a great New Year.
Thanks

Gentlemen: The term of office of all the ACA Officers expires December 31st; elections for a four (4) year term of office will be held October 1st to October 22nd. Nominations are now open until September 27th. We encourage each of you to consider serving the ACA over the coming four years! Duties of the officers can be found in the ACA Constitution (attached). 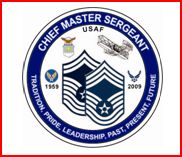 1 December 2009 is the Golden Anniversary of the rank of Chief Master Sergeant. The Chief’s of Wright-Patterson along with the Wright- Patt Chief’s Group are holding a celebration to recognize the event. The event will be held at the National Museum of the United States Air Force on 1 December 2009 and the guest speaker is CMSAF #5 Robert D. Gaylor. Tickets for the event are $50.00 per person and I anticipate them going on sale 1 June. Initial offering will be open to only Chief’s and their guests. If you are interested and want more information or if your organization or company is interested in being a sponsor for this historical event please contact Mark Gossett at [email protected]

P.S. The above emblem was designed for the event by Silver Towne Mint of Winchester Indiana

Here is the 2008 State of the Chapter Report for the Midwest Chapter:

– In 2008 we conducted two membership meetings, Spring/Summer and Fall/Winter.  All had a great time.

– We also had several luncheon meetings throughout the year.

– We paid recognition to the HQ AFMC AMMO 2007 top performers.  Each received a certificate and ACA Midwest Chapter Coin.

– We held our Secretary/Treasurer election and Gary Knighton was elected with his term starting 1 Jan 09.

– One of our chapter participants, Butch Paskewitz, moved to Robins AFB. .

In CY2009 we’ll have our normal two meeting with the dates TDB.

We also anticipate having several luncheons.

We once again recognize the 2008 outstanding AFMC AMMO top performers

We’ll be supporting the Annual Chiefs Group’s Golf event as well as the Chief’s Stripe 50th Anniversary  on 1 Dec.

That is it for now.

Have a great AMMO day!