In addition to his parents, Paul was predeceased by a brother, James Klein.

He is survived by his wife of 50 years, Mitsuko; a son, Toshio Klein and his wife Lisa of Spartanburg, SC; 2 daughters: Mary Klein-Tijero and her husband David of Monterey Park, California , Joy Klein of Myrtle Beach and his granddaughter, Mina Klein.

Paul was a devoted husband, father, grandfather and friend. He retired from the USAF as a Chief Master Sergeant, actively serving in Vietnam and retired from the Georgetown County School System where he taught small engine repair and computer science. He loved to go fishing and hunting with family and friends. Paul will be dearly missed by all.

The Virginia Department of Veterans Services will hold the dedication ceremony for the Southwest Virginia Veterans Cemetery 6 MAY at 10 a.m. The ceremony will be held at the cemetery, located at 5550 Bagging Plant Road , Dublin , Virginia . In case of rain, the ceremony will take place at the Lions Club, 1 Lions Club Road . The Lions Club is directly across Bagging Plant Road from the cemetery. Adrian Cronauer, former U.S. Air Force Sergeant, radio personality, and the inspiration for the movie Good Morning Vietnam, will emcee the ceremony. Speakers will include The Honorable Terrie L. Suit, Virginia‘s Secretary of Veterans Affairs and Homeland Security, Congressman Morgan Griffith, and State Senator John Edwards. Paul Galanti, Commissioner of the Virginia Department of Veterans Services and former Vietnam POW, as well as Frank K. Salvas, Sr., Director, State Cemetery Grants Service, National Cemetery Administration, U.S. Department of Veterans Affairs, will also speak.

The cemetery is located on an 80-acre parcel of land transferred from the Department of the Army, Radford Army Ammunition Plant to the Commonwealth of Virginia in 2008. Initial construction covers 24 acres and includes the main entrance area, full casketed and cremation burial areas, a columbarium, a memorial garden and scatter garden areas, roads, an assembly area, committal shelter, cemetery office, maintenance complex, and supporting infrastructure. Interment areas include 5,167 standard burial plots; 2,750 pre-placed crypts; 500 in-ground cremation spaces; and 625 columbarium niches for cremated remains. Additional grave sites will be added as needed. The Southwest Virginia Veterans Cemetery is Virginia ‘s third state-operated veterans cemetery. The Albert G. Horton, Jr. Memorial Veterans Cemetery is located in Suffolk and the Virginia Veterans Cemetery is located in Amelia. The cemeteries are operated by the Virginia Department of Veterans Services.

Service members who were honorably discharged qualify for burial in one of Virginia ‘s veterans cemeteries. Members of the National Guard/Reserves who served on federal active duty may also qualify. A grave site, opening and closing of the grave for the veteran, placement of a government grave marker, and perpetual care of the site are provided to the veteran at no charge. Veterans‘ spouses and eligible dependent children may be interred for a small fee, currently $300. For burial info on eligibility and application procedures for the Southwest Virginia Veterans Cemetery refer to http://www.dvs.virginia.gov/cemetery_southwest-project-overview.shtml. [Source: VADVS News Release 26 Apr 2011 ++]

For all of those who knew him, Rene RT Thornton passed away on Saturday January 29, 2011 of a long time bout with Diabetes.  His services will be held at Larkin Mortuary in Ogden, Ut, on Friday February 4, 2011.

LeRoy and Francis Dressler, and had been a resident of Newport News since 1977.

The Ammo family recently lost one of it’s own. Retired MSgt Richard E. Fettis (Festus), passed away on April 9th after complications from surgery.  MSgt Fettis served 22 years in the Air Force as an Ammo Troop including South East Asia during the Vietnam War.  Most of his career was spent in PACAF, with two assignments to Kadena AB, Okinawa as well as Luke AFB, AZ and Cannon AFB, NM where he retired in 1991. After the Air Force MSgt Fettis and his family settled in Phoenix, AZ.  Rich is survived by his Wife, Sandy and their four children.  Rich loved the Air Force and being an Ammo Troop, he never tired of talking about his Ammo career with younger airman he ran into.  Condolences may be sent to the family in care of Rev. Erin Wathen. [email protected].  Funeral services were held 24 April 2009. 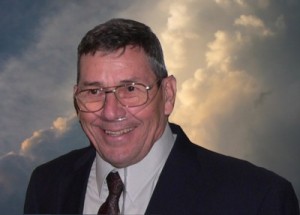 Our friend Don Hamilton was called home to the Great Bomb Dump in the Sky at 1315 today. The thoughts and prayers of all in the AMMO Community who served with and have known Don over the years are with his lovely wife Grace and their family. Don rest in peace!

A number of individuals have asked what to do with regard to flowers, donations, etc. Grace has requested that donations in lieu of flowers be made in Don’s memory to the Ammo Chiefs Association for a Don Hamilton Memorial Fund, the fund set-aside to be used for the welfare needs of Ammo Airmen!

Send donations to ACA Secretary, 6046 SW 98 Loop, Ocala, Fl, 34476; checks made payable to ACA (marked for Don Hamilton Memorial Fund); I will notify the family of donors and their addresses.