As you can see from the attached e:Mail and several others that I will forward to you, there appears to be a bit of debate and confusion with regard to the origins of Ammo and who the first AMMO Chief was? As you are perhaps the oldest Ammo Chief of whom I am personally aware, perhaps you could shed some
light on the environs of the 1950’s and educate some of us youngsters.

I think Tolly Lawhorn is probably most correct, that the first Ammo Chief would have in reality been a 462 (recently converted) or an EOD 461X0. From my memory the 1st Ammo Chief I knew in 1962 was Wilbur Barrentine at Little Rock. At the time he was a 462X0 but had been converted in the SAC mass conversion (he came in service about 1940 and died on active duty about 1970. He made Chief on the 1st possibly 2nd Chiefs cycle 1959/60. A SAC loading trophy is named in his memory). It is also likely that some of the old-time EOD guys would have been on the 1st Chiefs List.

Any light you can shed on this subject will be greatly appreciated. Also, if you updated us on your bio, you may have the honors.
Fred

For Ted Harkins. Ted as the oldest EOD Chief in my address book, maybe you can help resolve this confusion in preparation for an Ammo Chiefs Reunion.
Tolly,
That’s how I remember it! Of course before airplanes & balloons there was cannons & cannon balls, but I don’t remember that! But you’re right about the first being a loader or EOD because back then you didn’t automatically go for a 7 level. There had to be a slot before you could test for 7 level. 9 levels were invented with the super grades. Since the loaders were closer to the airplane and thus closer to the commander they had his ear. (stripes and key positions were passed out by the sqd CO with concurrence by the wing king) EOD was allowed more 7 levels also. As a result, they had more 7 levels and they would put their overages out in the bomb dump and sucked up all the slots. To rub salt in the wound in the late 50’s and very early 60’s you could have a loader in charge of the bomb dump getting pro pay and the working troops (461) not. So when the super grades were made, the loaders, and on occasion EOD, had the slot in the bomb dump and thus were the first promoted until regular ammo caught up.
MK-1 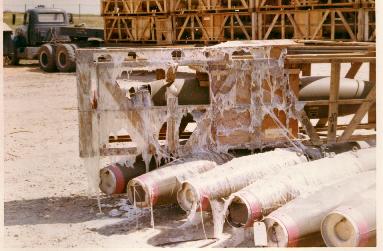 AMMO Mecca at Hill AFB was: “Ogden Ordnance Air Materiel Area” or “HQ OOAMA”. Anyone remember that term?
It was under DSY Division.
Danny (Dan Bridges)

I too worked for DSYA in 1970, mid-shift as a SSgt. I was on shift when we moved into the new building with the floating docks. In fact one of those docks bit me one very stormy, wintery night because someone forgot to lock the dock in place. Ha! Glad the tractor had a roll cage!
Frank (Frank Waterman)

Oh yes, I do. We all prayed to the gods on high at OOAMA.
Tom (Tom Cox)

I guess I’m showing my age.:-) I remember HQ OOAMA clearly. It was drilled nto my head my then TSgt Tom Zima (he was one of my instructors)in late 1972 at Lowry AFB, CO. I believe that might have been one of my block test questions.:-)

Chiefs,
You need to talk to Larry DiAmco. He remembers one piece fatigues, brown shoes, Ike jackets, bush jackets with pith helmets (jungle jim hat) and Bermuda shorts as regular issue uniforms! I went through ammo school in 1960. Upon arrival at Lowery, (by train from San Antone)we were seated in a large room. A sergeant walked in and said you all can be a 461,462 or a nuke puke. Then he told us how long each tech school would be. We all quickly did the math and figured a 461 gets to go home for Christmas because they graduate before the others. Everyone wanted to be a 461. So the Sergeant made a decision, he said “everyone on my left of center are 461’s, everyone center are 462’s and the rest, right of center are going to be nuke pukes. After a mixture of hurahs and awshits, we began our tech school inprocessing. Been a 461 ever since!
MK-1
Phil,
I know Billie Campbell was the 1st AMMO Chief I worked for in 1974 at England AFB. Wes (Wesley White)
Billie,
Play your memory tape back, I know that’s going to be hard for you to do in your delicate old age condition. Just kidding!
Anyway, who was the very first AMMO Chief in the career field? Rich McVey had asked me the question and I’m running in to dead ends trying to find an answer for him. Can you help?
Phil (Phil Kennedy)
Prior to the Cuban Crisis in 1962, all 461’s that reenlisted automatically became 462’s cause they could draw “Pro” pay..$30.00 extra dollars a month…..If you remember that was in SAC’s heyday and we didn’t need AMMO guys cause we were going to nuke charlie…I was at MacDill during the Cuban Crisis, EOD ran the bomb dumps there and at Homestead cause they had the strips…the world wide population of 461’s numbered about 200 and all but a
few were in Florida….after all there was only 3 in my graduation class from tech school…I can’t be the only one that started out as a 461 and remember that…tell’s me there are alot of retread’s out there…
Billie CampbellOk ya’ll can pick this apart anyway you want but this is what I have.  461 and 462 started out as AFSC 46280 Weapons Maint Systems in 1958. In 1960 it was changed to 462X0, same name. It was broken out in 1968 to 461X0 and 462X0. The CEM code was added in 1978 for both. In 1980 the 316X1l  career field was merged into the 461X0. In 1986 the AFSC 465X0 was created from the Base Supply Systems AFSC 645X0A, Munitions Supply. The new AFSC 2W0 came about as part of McPeaks new AF in 1990-91 time frame. Hope this
helps.Mike Roylance 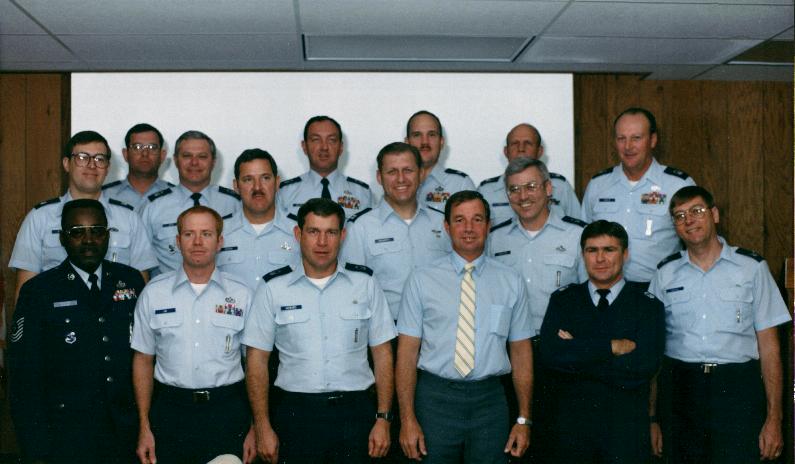 FIGHTIN AIRMEN FROM THE DUMP

The frag comes down from Ops at noon
We need some bombs we need some soon
The birds are waiting for their load
Let’s move them bombs on down the road.

The ten tons roar down Ammo Road
Ten thousand bombs, a heavy load
We gotta get these bombs out quick
Some Green Berets are in deep shit

Put a Flaming Pisspot on my sons chest
Make him one of Ammo’s Best
Ten thousand bombs he’ll frag someday
To save the ass of the Green Beret.

Abandoned Igloos at what was Hahn AB. 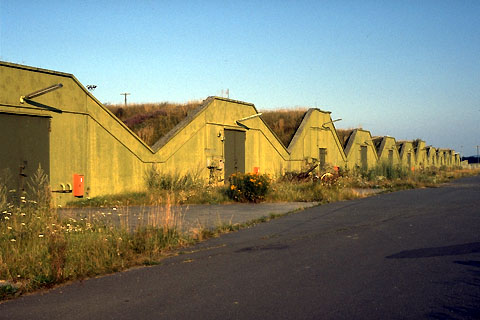 This was the only vehicle that had a seating facility for crew members…the 2 1’/2 ton job only had one seat next to the driver….the crew either stood or sat on the bed of the truck….the M108 was a swine….when it was cold you could use the built in tool boxes aft of the cab. 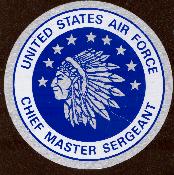 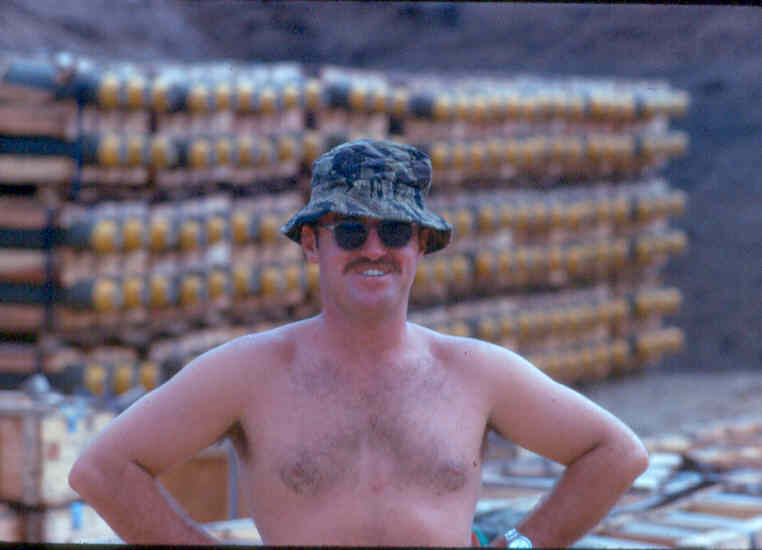 The Creation of the AMMO TROOP

When the Lord was creating AMMO TROOPS, he was into his sixth day of overtime when an angel appeared and said, “You’re doing a lot of fiddling around on this one.”

And the Lord said “Have you read the specification on this person? AMMO TROOPS have to be able to go for hours Delivering Munitions or tending to a person that the usual every day person would never touch (LOADERS), while putting in the back of their mind the circumstances. They have to be able to move at a second’s notice and not think twice of what they are about to do, no matter what the danger. They have to be in top physical condition at all times, running on half-eaten meals, and they must have six pairs of hands.”

The angel shook her head slowly and said, “Six pairs of hands…no way.”

“It’s not the hands that are causing me problems, ” said the Lord, “it’s
the three pairs of eyes an Ammo Troop has to have.”

That’s on the standard model? ” asked the angel. The Lord nodded. ” One pair that sees the flying schedule and where they and their fellow Ammo Troops should deliver next. Another pair here in the
side of the head to see their fellow Ammo Troops and make sure they are following Tech Data. And another pair of eyes in the front so that they can look for the Loaders caught violating their tech data.”

“Lord” said the angel, touching his sleeve, ” Rest and work on this
tomorrow.”

“I can’t, said the Lord, “I already have a model that can carry a 500 pound MK-82 down a flight of stairs and can feed a family of five on a SRA paycheck.”

The angel circled the model of the AMMO TROOP very slowly, “Can it think?”

“You bet,” said the Lord. It can tell you the tiedown procedures of a
hundred munition items; and can recite procedures in their sleep that are needed to connect a MHU-141 trailer to a BOBTAIL.. And all the while they have to keep their wits about themselves. This Ammo Troop also has phenomenal personal control They can deal with a scene full of panic stricken Expediters and still charge Argon. And still they rarely get the recognition for a job well done from anybody, other than from fellow Ammo Troops, usually only at Ammo Call.”

Finally, the angel bent over and ran her finger across the cheek of the Ammo Troop. “There’s a leak, Call on the EOD Model”, she pronounced. “Wait Lord, it’s a tear.”

“What a wonderful feature Lord, you’re a genius” said the angel. The Lord looked somber and said “If you ain’t AMMO, you ain’t shit…huh!”

Tom Zima and guys on Guam 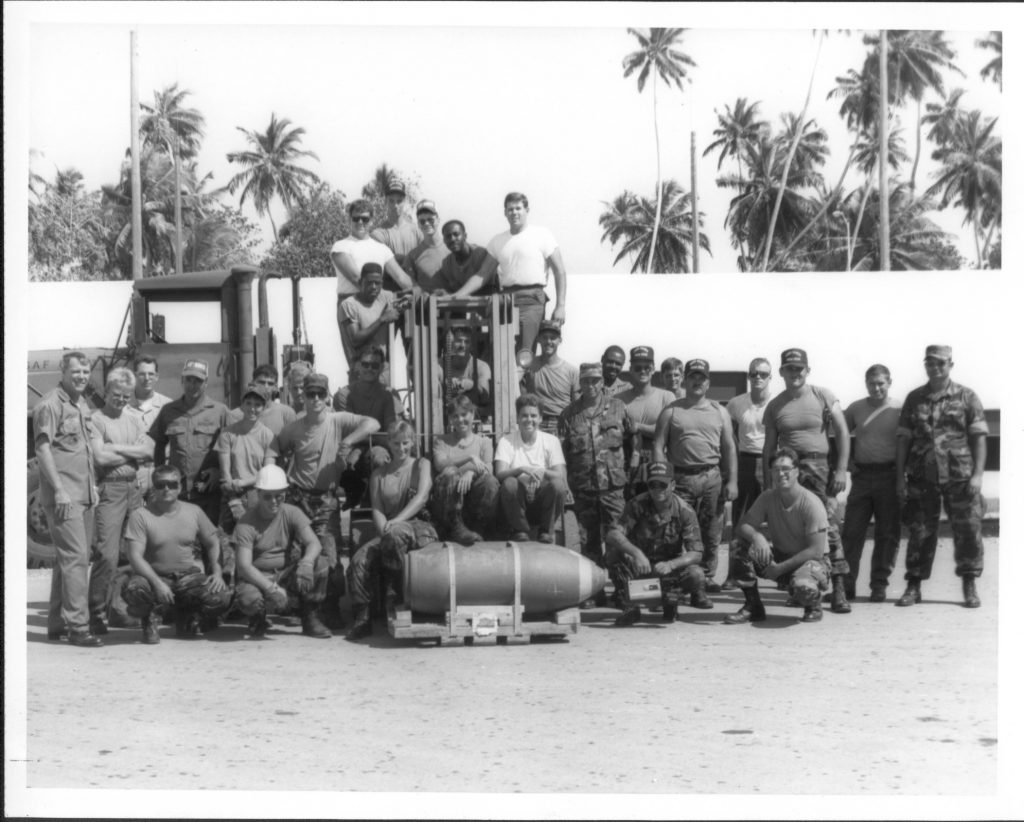 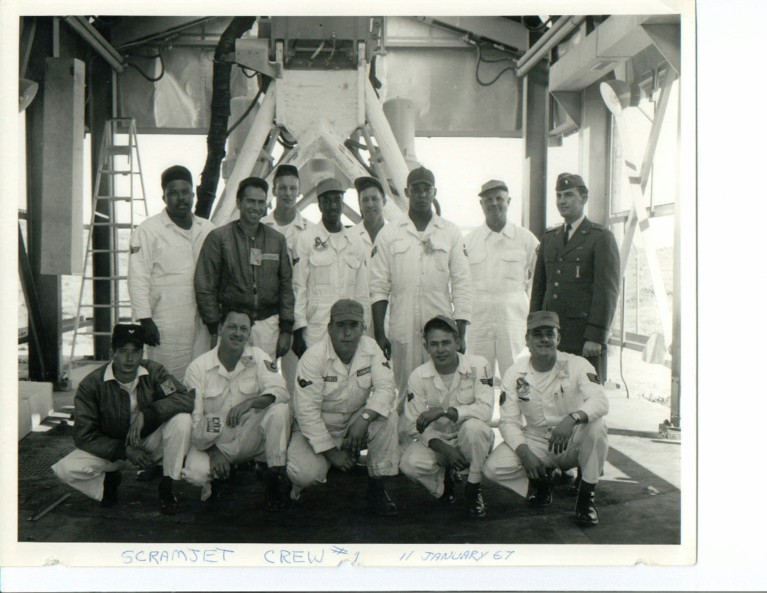 John is the third from the left on the top row.  Next to him is Charlie Harris.  The last 3 guys on the bottom right are Comerford, Wilson, and Frank Gamache. 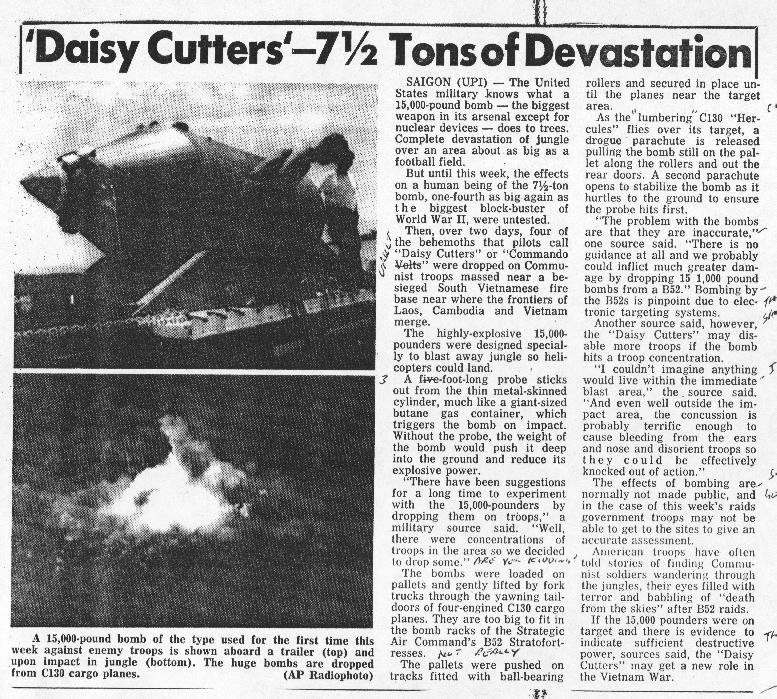